I’m what you’d call an eclectic reader: I’m just as happy reading a literary tome that’s won the Man Booker Prize as I am reading a “chick-lit” novel.

Anyway, here are my top five novels of 2013 in no particular order. To note: four of them are historical novels set in the 19th century, and the fifth, The Dying Beach, is set in the 1990s. Two are set during 19th-century gold rushes, one in Australia, the other in New Zealand. Three are murder mysteries, though I don’t set out to read crime fiction: it just kind-of happens. Four are by New Zealand or Australian writers. I read three of them on my Kindle, and the other two as trade paperbacks (the bigger format paperback). 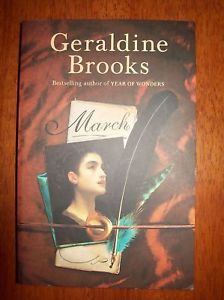 This is set in the 1860s during the American Civil War. The protagonist, Mr March, is the father from Louisa May Alcott’s children’s classic Little Women, who barely appears in the original book. But Brooks has cleverly modeled the character more on Alcott’s real father, an abolitionist, educator and writer.

The book is compelling and, although violent in parts, it also has moments of joy and sensuality. It taught me much more about the complicated issues surrounding the American Civil War—and their legacy—than history books I studied at university.  The novel is something of an antidote to the overly moralistic Little Women, which I re-read in preparation for March.

Interestingly, Brooks is an Australian journalist who now lives in the US, and this book won the Pulitzer Prize in 2006. It is a superb work of art that is among the best books I’ve read. I’ll definitely be reading more Brooks novels, and her Year of Wonders is sitting in my bookcase, waiting its turn. 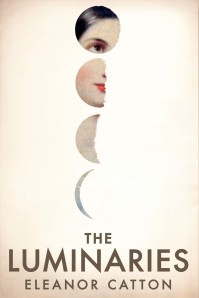 This historical murder mystery, the 2013 Man Booker Prize winner, is set in New Zealand in the Otago goldfields, mainly in and around Hokitika, in the mid-1860s. Its brilliance lies in its clever structure and its exquisite use of language. The plot is actually quite simple—a man is found dead and another disappears, and a woman collapses in the street after what is thought to be a suicide attempt. The rest of the book considers what might have happened to them and why, but it is far from a simple book. The complexity of characterisation is a triumph for Catton, as is her ability to speak believably and primarily in the book from a male point-of-view.

The author, Eleanor Catton, 28, is the youngest recipient of the Booker, and only the second New Zealand writer to win it. I was literary editor of the Sunday Star newspaper in Auckland when Keri Hulme won the Booker for The Bone People in 1985. The Bone People had been published by a small feminist publisher, Spiral Collective, but was later released by Hodder & Stoughton. I wish I had one of the original small-print-run copies!

Much against her liking, Hulme became a celebrity overnight, everyone wanting to interview her, quote her, find out how she ticked. Hulme avoided the limelight as much as possible, and lives a quiet life in Okarito on the West Coast of the South Island. She has written and published short stories and poetry since winning the Booker, but has not published another novel, although she currently has two in progress.

I emailed Hulme in 2007 and asked her if I could interview her for a story I was writing for Good Reading magazine on the state of New Zealand publishing. She declined, graciously, saying a 2000-word article wouldn’t do NZ literature justice and that, anyway, she didn’t want to be “quote fodder”. Fair enough. 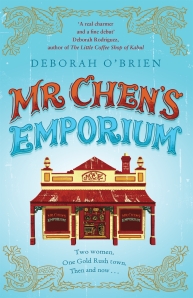 Set in the fictional Australian gold rush town of  Millbrooke, New South Wales, in the 1870s, this is the riveting story of Amy, a young woman who falls in love with a Chinese man. Their tragic story is interspersed with another set in the present, concerning a middle-aged woman, Angie, who comes to live in the manse where Amy once lived, and who is given a trunk containing clues to Amy’s life.
This was a thoroughly enjoyable read—one of those books you can feel lurking on your bedside table, begging you to pick it up again.
I’ve always been attracted by stories that take place in two different times. Two of my favourites from long ago are The Lady of Hay (1986) by Barbara Erskine, and, when I was a child, The Sunbird (1972), by Wilbur Smith (not a child’s book, but, nevertheless, cadged from my dad’s bookcase).

This is the third in Savage’s series about Jayne Keeney, P.I., an Australian detective based in Thailand. This time, Jayne has a mystery to solve at Krabi. She is accompanied by her partner, Rajiv, a wonderfully drawn character who is turning out to be a star of the show. Rajiv appeared in the second book, The Half-Child, when he was working in a second-hand bookshop, and he has now become her partner in business and in love.
The book tackles some serious issues, including environmental problems, corruption and the negative side of tourism. Savage has an adept style that brings in these issues almost by stealth, because all the time the reader is being carried along by the fast-paced story.

Savage knows her subject very well, having lived and worked in Southeast Asia for many years, though she is now based back in Melbourne. She is currently working on a fourth novel in the series. For more on Angela Savage, see my interview here. 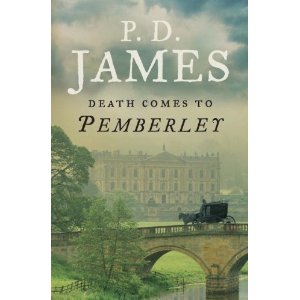 This is a brilliant sequel to Pride and Prejudice, written masterfully as a tribute to Austen’s style of writing but with satirical elements, with a wink to fans of Austen, who will get the in-jokes, and crossed with the crime thriller genre. James also further develops Austen’s characters in this page-turner that is hard to put down.

As the quotation on the UK cover says: “Dazzling…A book that combines the grace of Jane Austen with the pace of a thriller” (Sunday Express).

The novel was published in 2011 when Baroness James, as she is otherwise known, was 91. It’s interesting that P. D. James herself admits that writing the book was self-indulgence. You can read more about her reasons for and process of writing the book in a story she wrote herself for The Telegraph here.

The book is now a three-part BBC series screened last month in the UK, so let’s hope it comes to Australia soon! It has had mixed reviews—some scathing—as has the book, but I loved this novel, and I hope she does more sequels to Austen novels.

Honourable mentions: The Casual Vacancy, by J. K. Rowling; Possession, by A. S. Byatt; The Castlemaine Murders, by Kerry Greenwood (one of three Phryne Fisher books I read this year, as well as viewing the ABC series); The Girl You Left Behind, by JoJo Moyes; A Hundred Summers, by Beatriz Williams.