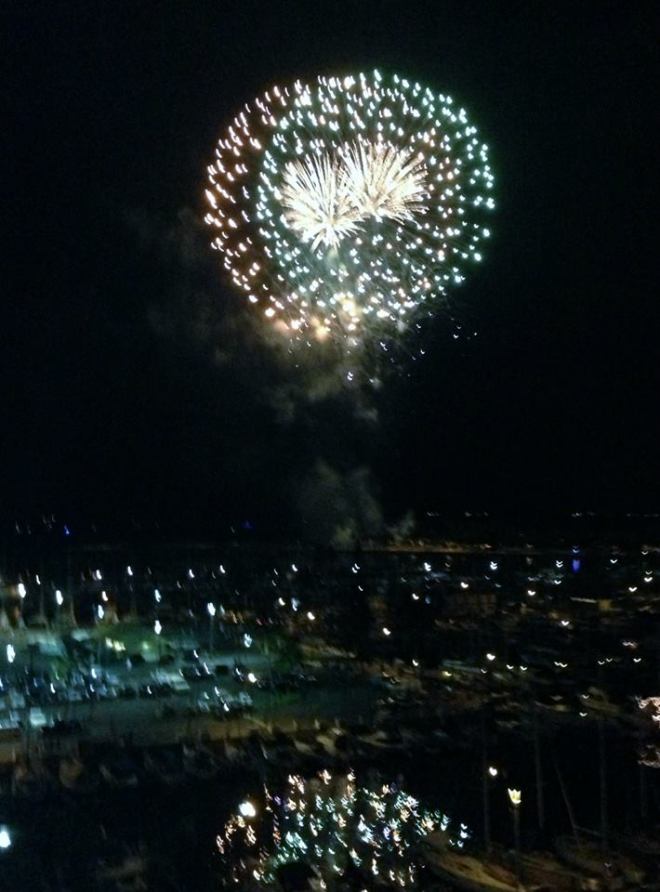 OK, this was actually taken at the fireworks display for July 4 this year over Oahu, Hawaii, but fireworks are fireworks!
Image by Gordon Dann, 2013.

It’s New Year’s Eve in Australia, and all through the land, people are making grandiose declarations, commonly known as New Year’s Resolutions.

“I will never eat ice-cream or chocolate again”;

“Instead of coffee or tea, I will drink water only”;

“I will go to the gym five times a week”.

And on it goes. Sadly, we are just setting ourselves up to fail when we make such sweeping resolutions. (Very important note: I am not talking here about when people are addicted to a harmful substance and they need to give it up forever—that’s a whole different story).

So, instead of making ridiculously unattainable goals, make a tiny change or goal you can stick to. Mine are going to be:

2. Try to cut out unnecessary foods/beverages and lose 5kg during the year;

3. Exercise more. Instead of a daily 15 minute walk, try to extend it to 30 minutes a couple of times a week.

Writing-wise, I have only one main goal, and that is:

1. Finish the draft of the novel I’m working on now.

Of course, I have other goals each week, month, year. But those are the main ones, the ones I want to concentrate on. I suffer from a lack of focus in that I’m often trying to do too many things at the same time, and I end up finishing none of them.