In her enormously entertaining self-titled autobiography, the 20th-century mystery writer Agatha Christie discusses a letter she rediscovered in old age that had been written to her by her father about Queen Victoria’s Diamond Jubilee in 1897.

Young Agatha’s grandmother had arranged to take the six-year-old girl to the jubilee procession on June 22, celebrating 60 years of the Queen’s reign. Agatha’s father, who was away in the US at the time, remarks in the letter how lucky his daughter is to see “this wonderful show”, as he refers to it. “I know you will never forget it,” he adds.

Christie comments wryly: “My father lacked the gift of prophecy, because I have forgotten it. How maddening children are! When I look back to the past, what do I remember? Silly little things about local sewing-women, the bread twists I made in the kitchen, the smell of Colonel F.’s breath—and what do I forget? A spectacle that somebody paid a great deal of money for me to see and remember. I feel very angry with myself. What a horrible, ungrateful child!” 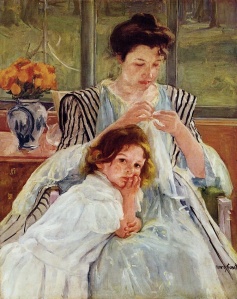 She goes on to write much about memories from childhood that stuck most in her mind: a field of buttercups, the smell of lime trees and grass. The happiest memories, she says, “are almost always the quiet moments of everyday life”.

I agree with her: my most vivid memories are tiny snapshots, seemingly randomly selected from the millions that make up a life. I remember, for example, aged about 8 and going through what was then called a “tomboy” stage, running inside, highly excited, after playing “cowboys and Indians” (in our ignorant way then and meaning no disrespect, but emulating the movies of the day). My nana, who was visiting, exclaimed, “Gosh, you look exactly like a cowgirl!” I beamed with pride: it seemed like the most wonderful thing anyone had ever said to me.

Years before that, I remember the live televised coverage of the lunar landing in 1969, when the astronaut Neil Armstrong became the first man to walk on the moon. It was extraordinary not just for the event itself, but for the amazing feat of broadcasting, which British broadcaster and science historian James Burke has called “the greatest media event of all time”.

In fact, I don’t actually remember the coverage itself very much because of something else that happened. My father must have got us all to sit in the living room and watch the event, but I didn’t understand why we had to sit so still or why it was important, even though it had been explained to me.

Suddenly, I thought of something more interesting to tell Dad, and, at what must have been a crucial part of the broadcast, I started yabbering on.

Uncharacteristically, he spoke very sharply to me, told me to keep quiet, and saying didn’t I realise this would be one of the most important events in history? I was so upset, I couldn’t speak for hours—upset and mystified as to why my lovely daddy had cut me off when he was usually so interested in what I had to say, why he would rather watch something on TV than listen to me. I was so upset, I didn’t really see or hear the event itself. I can still feel my hurt today, all these decades later. Funnily enough, when I mentioned it to my dad many years later, he didn’t remember me interrupting, but he vividly remembered watching the exciting telecast (grainy and in black and white as it was).

With thanks to the novelist Angela Savage, not only for urging me to read Agatha Christie’s autobiography, but for acquiring a copy of it for me. I’m 110 pages into the 551-page tome, and enjoying it immensely. Thanks again, Angela!