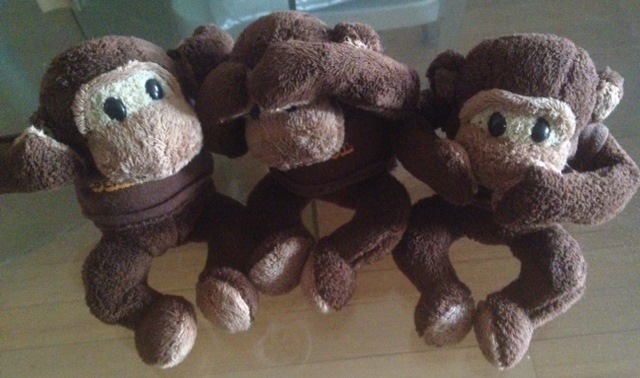 I see meanness all around me: mean employers trying to make their poorest employees work harder and harder for less and less money; mean local councils cutting back on maintenance of community streets and venues; mean people in car parks crashing into other cars and then just leaving, or nipping into a park to beat someone else; drivers not stopping for pedestrians on crossings; mean governments making the rich richer and the rest poorer; mean countries trying to invade and take over other countries; mean institutions making everything into a competition that participants must fight in to the (figurative) death.

Yes, it’s a mean old world out there. My late father once told me, “Life’s not fair”, but so much unfairness (just another word for meanness) need not be so.

Here’s my list of how to make the world a kinder and more peaceful place just by not being mean:

*Governments: you are the servants of the people. Your most important loyalty is not to the party, but to those whom you serve. Your priority is not a career path for yourself, free travel, or becoming so power-hungry you forget your real role. Your job is to make the country better for the people, not worse. Your job is not to make a few rich people get richer. It is to promote equality for all, and a decent life in which people are safe, comfortable, educated and treated humanely. Warmongering is not on.

*Employers: don’t try to make people work for less and less. Hire good people, reward industrious workers, give them proper jobs with holiday and sick pay. They will reward you by wanting to work harder (as opposed to being forced to), because they will love the business they’re in. Instead of fearful drudges, you will have an enthusiastic, happy team with you who want your company to be profitable.

*Drivers: just chill out. No matter how much you speed, weave in and out of traffic, toot your horn, monster the car in front or rip through a pedestrian crossing, you’ll probably only cut one or two minutes off the journey. Also, you might crash, and at the very least, you’ll make life miserable for others. There’s a great Greek word that covers this: “endaxi!” (relax). And if you happen to dent a parked car, own up and leave your contact details on a note.

*Neighbours: if a tree from the property next door drops some leaves on your side, it really doesn’t matter. Learn your neighbours’ names, say “Hi” to them, don’t leave nasty notes on their car like you own the road if they happen to park in a spot in front of your place.

So, to answer this month’s B4Peace challenge from Kobo at Everyday Gurus, How would you teach children to promote a more peaceful world?, my answer is that I would teach them not to be mean. This starts at the most basic level in the playground: share your toys, don’t hit others, coming first is not the most important thing, and if you see someone fall down, help pick them up. And here is some more great advice on how to make a more peaceful world.

9 thoughts on “Life on Mean Street”